Congratulations to Pauline Taylor on being awarded her blazer badge by the England Short Mat Association.  Pauline is a registered member of Harpenden Bowling Club but practises her Short Mat at Greenwood, Chiswell Green.
Pauline recently travelled to Belgium to represent England in what is thought to be the first overseas international played.
​She was on a winning rink, England won the match. 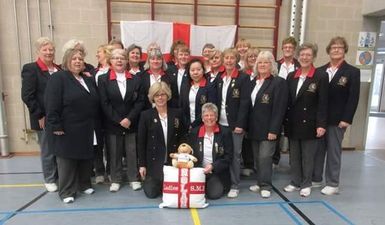 
The Triples and Singles competitions will be played in December & January.

All winners and runners-up will play in the Nationals to be held at Church Gresley Indoor Bowling Club in April 2016.